This is the story of a startup that in 3 years
set up the world's largest gathering
of solutions for the planet.

It all began in 2015, when France hosted COP21 and the Paris agreements were being drawn up. At the same time, all over the world, solutions were emerging and new entrepreneurs were putting their creativity and ambition at the service of the world’s major global issues. And yet, these initiatives remained isolated, unknown, and struggled to scale up. The impact ecosystem was still in its beginning.

Unlike mature sectors, which all have their own strategic meetings, the impact sector did not yet have its global gathering. The idea of the ChangeNOW summit was here: the impact ecosystem needed its major global gathering to bring together investors, entrepreneurs, corporates, communities and talent, and accelerate synergies and visibility at scale.

Carried by a visionary, humanistic and action-oriented spirit, the ChangeNOW adventure was born, federating around it thousands of entrepreneurs and key actors of change: international networks, investors, corporations, communities, ministries, universities, media.

"Very impressive to see what a set of passionate people can do. I have the feeling that it is only the start."
Maïa
"I went to the ChangeNOW Summit to do networking and participate in some presentations of people making awesome work to the world. I came out with so much more. I saw a boiling pot of ideas and people with an energy that is very contagious. This is such an exciting moment in time"!
Pablo Araya Kroff
R&D, SUEZ

Constitution of a first community of partners and changemakers, and design of the codes and dynamics of the ChangeNOW Summit.

Objective: to take the impact topics to one of the world’s leading innovation centers and bring together the first global community of changemakers. 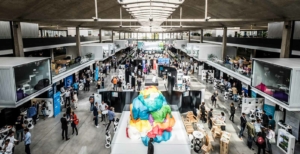 2nd edition of the ChangeNOW summit, in Paris, Station F.

Objective: to amplify the movement and create the largest positive impact conference in the world

3rd edition of the ChangeNOW summit, in Paris, at the Grand Palais, to create the first universal exhibition of innovations for the planet.

Objective: to show the world the strength of the impact movement and to inscribe this movement in the footsteps of History. 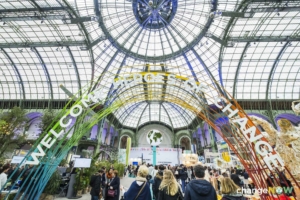 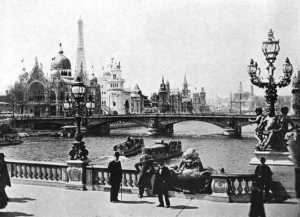 150 years ago, the world was experiencing the Industrial Revolution. In order to accompany this revolution, world exhibitions were invented. Showcases of progress at the time, they highlighted the state of the art of world industry, to inspire the greatest number and bring together players in sectors undergoing transformation.

Today, we are living a new revolution, which is both ecological and social. To accelerate this transition, ChangeNOW has chosen one of the emblematic places of the industrial revolution of 1900, the Grand Palais, to organize the first Universal Exhibition of Innovations for the Planet.

Serie of digital live talks and live pitches to bring financial support and visibility to the impact players during the covid crisis.

Onboarding seminars for several grandes écoles, to raise awareness and train students in impact topics. Partnerships with the French Ministry and global networks, to source solutions on targeted topics.

4th edition of the ChangeNOW summit, in a new online format, to host the largest gathering of solutions for the planet!

Objectives:  unleashing the power of digital connection for 3 days of global collaboration for the planet.

An innovative platform to discover the most promising solutions and leaders of change, and interact with  key players of impact.

For any questions, partnership and more, contact us at: contact@changenow-summit.com

ChangeNOW is the world’s largest gathering of innovations for the planet.

Over 3 days, the summit puts the spotlight on the most concrete and innovative solutions to face the World’s biggest challenges.